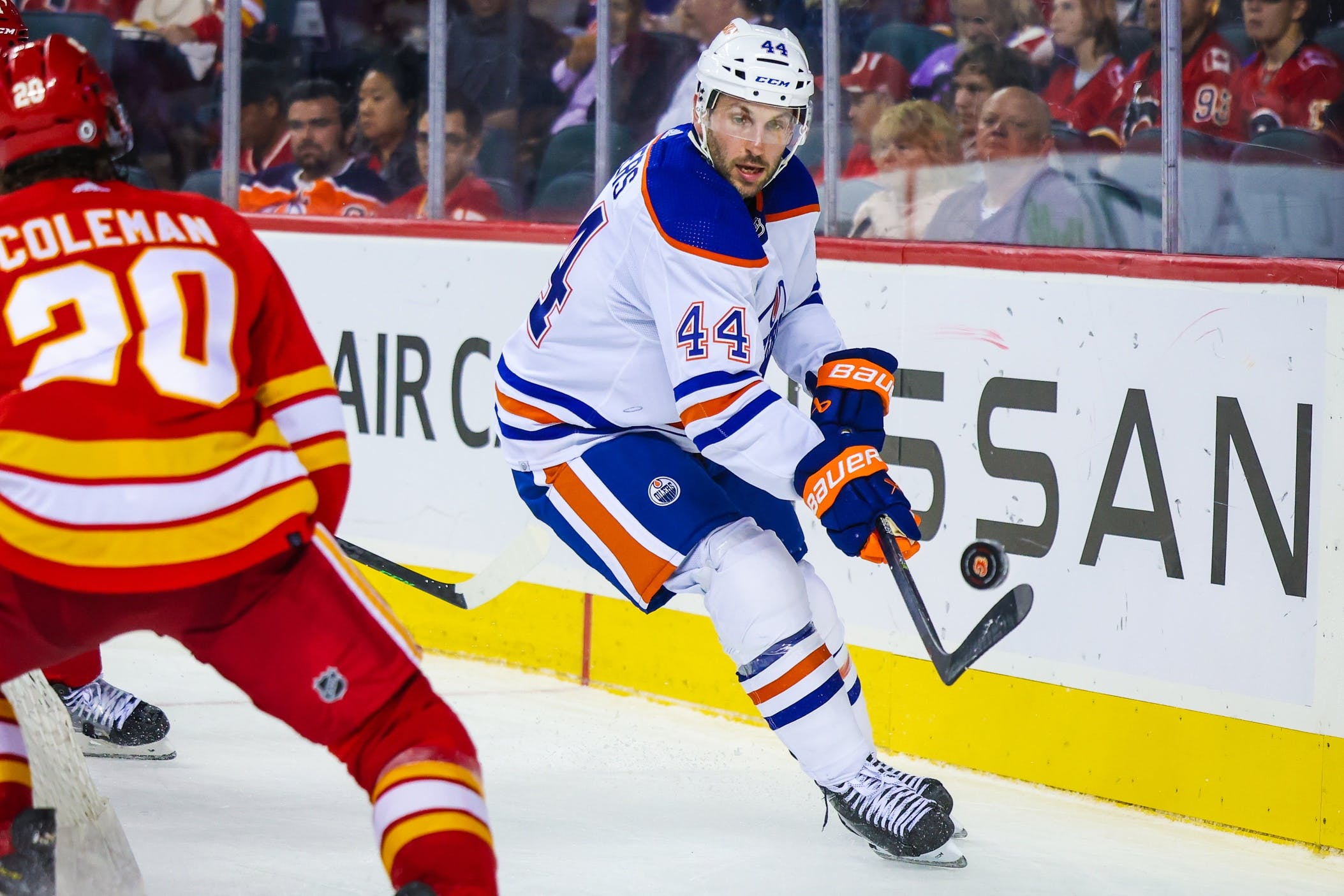 Photo credit: Sergei Belski-USA TODAY Sports
By baggedmilk
1 month ago
Comments
The Edmonton Oilers continued their roster shaping today as the team announced via its social media channels that they have loaned both Devin Shore and James Hamblin to the Bakersfield Condors while also releasing Jason Demers from his professional tryout.

The #Oilers have loaned forwards Devin Shore & James Hamblin to the @Condors in addition to releasing defenceman Jason Demers from his professional tryout (PTO).

After the last pre-season game wrapped on Friday night against Seattle, my first thought was about how the team was going to put the final roster together and what kind of moves they were going to make in order to get cap compliant. Today, we got a few more regarding the cap-dancing it’s going to take to get the roster submitted under the $82.5 million salary cap. So what happened? A few things. After clearing waivers earlier this morning, Devin Shore has been loaned to the Bakersfield Condors along with local pre-season standout, James Hamblin. While both players had decent camps — Hamblin was fantastic for a guy that most people didn’t know or expect much from — the Oilers’ cap situation has created a need for some creative maneuvering and it will be very interesting to watch how today’s transactions effect was is yet to come.
Advertisement
Ad
Advertisement
Ad
In 375 NHL games played between four different teams, Devin Shore has registered 49 goals and 77 assists for 126 points to go along with 65 PIMs and a -62 rating.

As for Jason Demers, I was wondering if he would be able to turn a decent pre-season showing into some kind of professional contract, but at least for now, that will not be the case. Even though I didn’t necessarily believe that there is a spot on the Oilers’ roster for Demers, I thought that he played well enough to maybe score a two-way deal that could see him recalled if injuries pop up. While that may still happen down the line, Jason Demers will now look for opportunities elsewhere in the hopes that the pre-season work he put in will result in an NHL gig. At this stage of his career, the 34-year-old defender isn’t quite the defender the Oilers tried to sign as a free agent six years ago, but I do wonder if there’s another team out there that could use him as a 3RD or extra defenceman? Either way, the Jason Demers experiment has reached a conclusion and it will be interesting to see where he ends up next.
Advertisement
Ad
Advertisement
Ad
In 699 NHL games played between the Sharks, Stars, Panthers, and Coyotes, Demers amassed 45 goals and 214 points to go along with 407 PIMs, a 51.7 CF%, and a +31 rating. In 61 career playoff games, Demers amassed three goals and 13 assists for 16 points.
So what do these moves for our cap situation? The folks at PuckPedia have the answers: