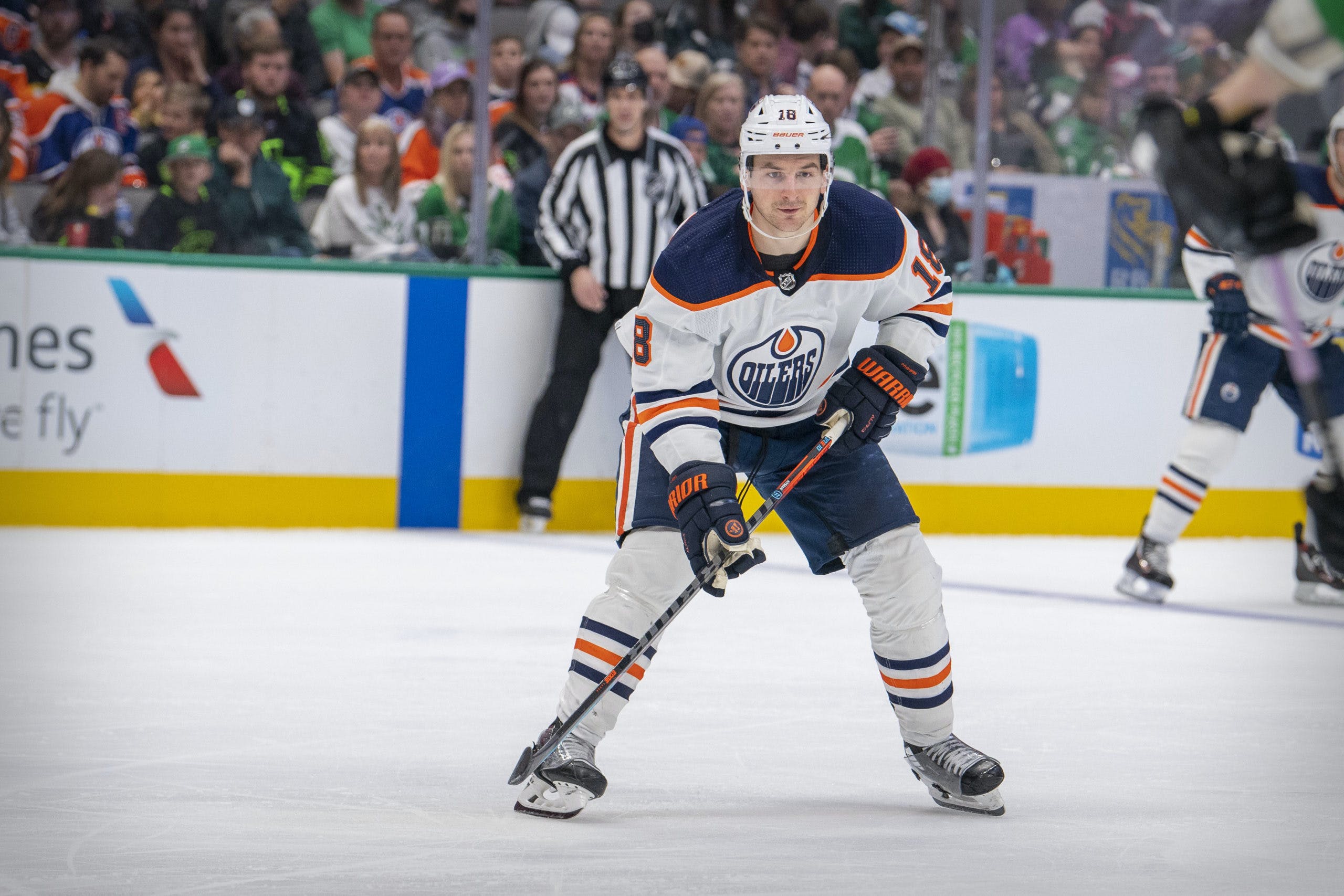 Photo credit: Jerome Miron-USA TODAY Sports
By Zach Laing
11 months ago
Comments
Well, things are sort of up in the air for Zach Hyman.
He left the game against the Carolina Hurricanes Saturday night with what appeared to be a shoulder injury. The reaction from Hyman wasn’t great. You could tell he was in quite a bit of discomfort as he left the ice.

zach hyman is hurt. he got hit along the wall and went off the ice in quite a bit of pain. pic.twitter.com/A4BIaparyD

After the game, Tippett said he didn’t have any update on what had happened. With the Oilers taking Sunday off, they returned to practice Monday morning and Hyman wasn’t in any of the Oilers four lines.

Sounding like a week or two for Hyman. Official update from team soon.

But not long after that, Rishaug walked it back.

Tippett says Hyman day to day and not ruled out for tomorrow vs Leafs.  But was not on ice today.  Hyman came in yesterday on the day off and it was better than he expected and didn’t want to be ruled out yet.  Tippett says they’ll be careful with him.

So long story short, Hyman may or may not be in the Oilers lineup Tuesday when the Toronto Maple Leafs come to town. Hyman missing any time would be detrimental to a team already plagued with injuries and on a five-game losing skid.
Advertisement
Ad
Advertisement
Ad
Zach Laing is the Nation Network’s news director and senior columnist. He can be followed on Twitter at @zjlaing, or reached by email at [email protected]