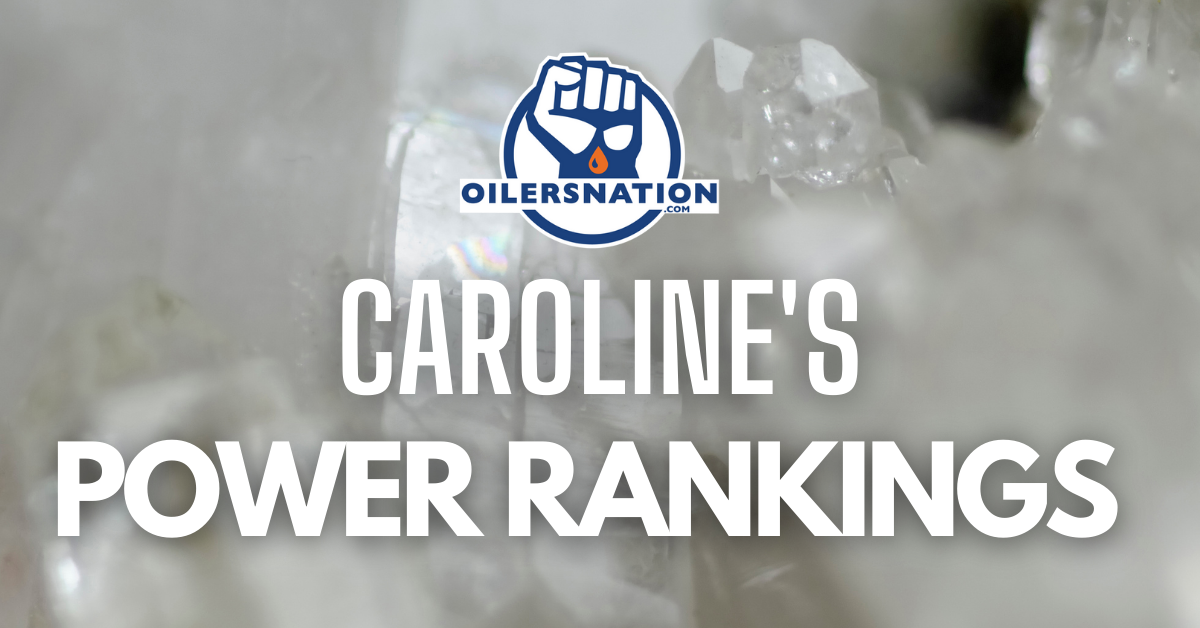 By Caroline Szwed
11 months ago
Comments
Hello Nation Citizens! It’s been a minute since we’ve chatted but I’ve officially returned from vacation and so much has happened in the span of a week in Oil Country! Let’s talk about it, shall we?
Good news for us, there’s a lot of positive moments to talk about surrounding the Oilers and I’m going to tell you my top three from this past week. Before we get going, let’s just forget about that Minnesota Wild game, okay? We’ll chalk that up to the boys being tired after a long stretch of games and travel. It happens!
Alright, friends! Let’s get to the good stuff! Welcome back to my Power Rankings and as always sound off in the comments with your takes and opinions.

How about Derek Ryan’s play under Jay Woodcroft, please?! I don’t think there’s a single person in Edmonton who isn’t happy to see Ryan succeed and with four points in his last five games, Oilers fans are really rooting for the 35 year old.
Advertisement
Ad
Advertisement
Ad

One of the biggest criticisms that the Oilers have faced for a long time now is that they can’t solely rely on McDavid and Draisaitl to get the job done. Since Woodcroft stepped in as head coach, we’ve seen the bottom six have an opportunity to help this team win games. Although we’re still looking at a relatively small sample size still, Derek Ryan is a player among many that has really benefited from Woodcroft’s style of play and creativity.

Derek Ryan speaking very open and honest about the importance of more guys contributing and more guys getting a chance to contribute. #Oilers

Before we move on, I think it’s important to have perspective when talking about Derek Ryan and how he’s improved as of late. Here’s to hoping he continues to find his stride even more on a third line that everyone has been talking about!

Ladies and gentlemen… the Oilers might actually have a third line

Again I'll say it, this third line has been fantastic since they were put together. They have added that much needed depth scoring #Oilers

That third line is amazing. Oilers have 3 scoring lines. McLeod was great today. Poised plays to get the Oilers on the board.

What are your thoughts on this third line? Would you change anything? See you in the comments!

Last but not least, we cannot leave without giving a massive shout out to Jay Woodcroft and the changes he’s made to this team in such a short time. I’m not going to lie, I thought a coaching change absolutely needed to happen, however, I didn’t think a coaching change would have such an immediate impact as there were many other issues that the Oilers needed to address. With that being said, Jay Woodcroft has been such a breath of fresh air behind the bench and in his post-game interviews. We’ve seen him make systematic changes, promote positivity and encouragement and in such a short period of time reassured this Oilers team and the fan base that he can help turn things around.
Advertisement
Ad
Advertisement
Ad
My favourite moment so far in the Woodcroft era, you ask? How much the players already respect him and what he’s doing.

Warren Foegele: “With Woody (Woodcroft) here, there is a huge amount of direction and detail and it makes a huge difference when everyone knows what we are doing.”

Derek Ryan: “We’re so much more detailed than we were earlier in the year.”

Woody has done such a good job fixing up the Oilers, fans are wondering if he can also lend them a hand, as well.

Can Jay Woodcroft come over to my house and fix my life too?

Then there’s this quote after the big win against the Jets!

"I will never lose a game as an NHL head coach, just like how Winnipeg will never have an airport" – Jay Woodcroft

All jokes aside, Woodcroft has been instrumental in getting the Oilers out of a scary seasonal slump and has set some records along the way.

First head coach in Oilers history with a 3-0-0 record pic.twitter.com/YKANYAViFG

It’s still early on and there are many games to be won under Woodcroft but the Oilers are now sitting in third in the Pacific and in a playoff position. You can’t ask for more at the moment! Thoughts on our new head coach? What more would you like to see? Comment below!
Advertisement
Ad
Advertisement
Ad
Honourable Mention:
It goes to the one and only, Markus Niemelainen.

Markus Niemeläinen throwing his weight around is truly a wondrous sight to behold for this @EdmontonOilers fan….

Niemelainen is a truck .. don’t remember the last oiler we had that can dish it out like that. But man do I love it

I have seen enough, it’s time to get a Niemelainen jersey