Advertisement
Ad
Oilersnation Top 10 of 2022: #10 — Johnny Gaudreau leaves the Calgary Flames, and who could the Edmonton Oilers target in free agency? 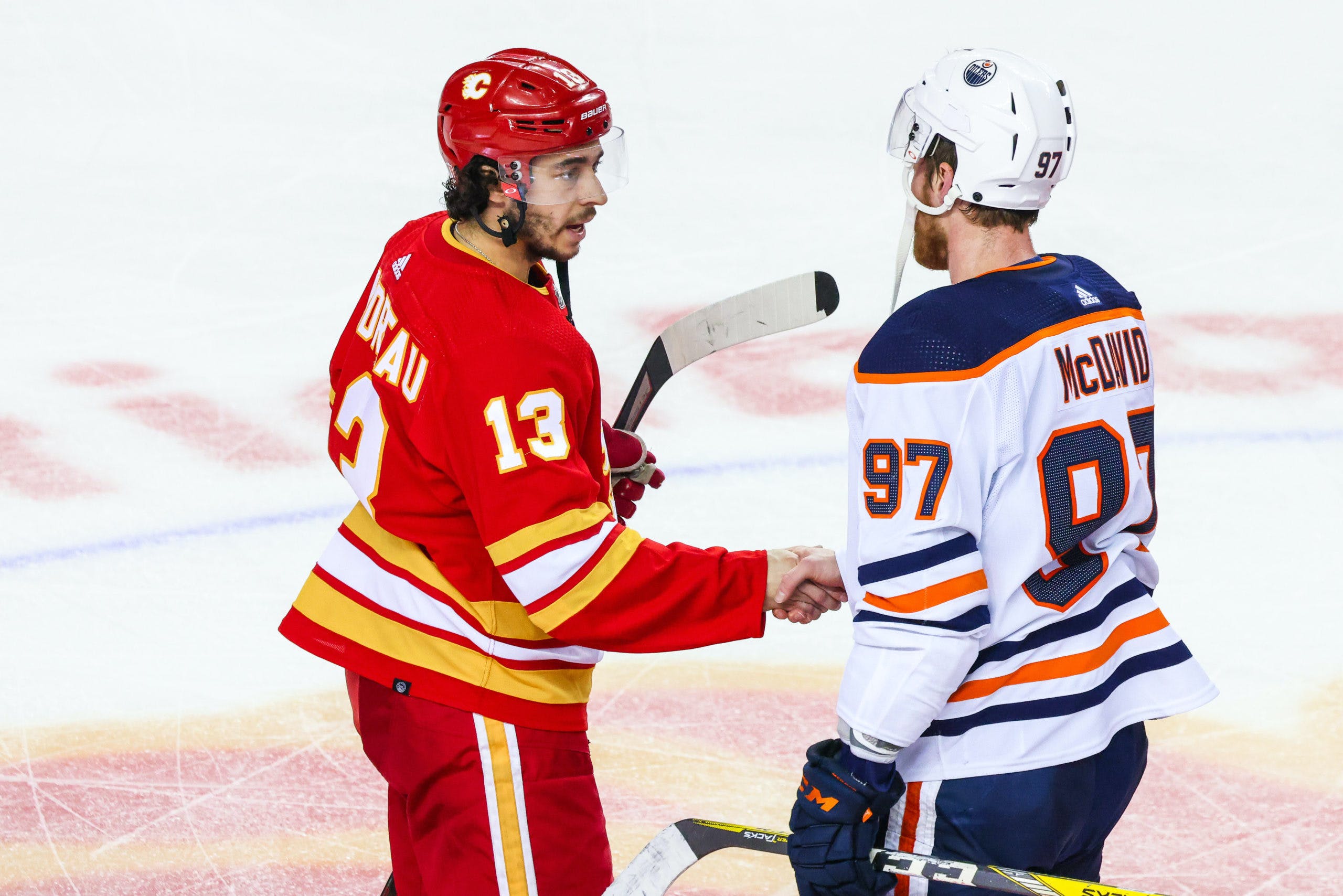 Photo credit: Sergei Belski-USA TODAY Sports
By Zach Laing
1 month ago
Comments
Welcome to the annual wrap-up of the most-read articles of the last year!
Kicking off the countdown comes a little news and notes piece from July 12th. Before I dive into it, thanks for constantly clicking and checking out these notebook pieces. They’re among the most-read pieces on the site and two hit the top-10 this season.
In this edition, I took a look at a few big news pieces namely that of Johnny Gaudreau signing with the Columbus Blue Jackets.
Here’s some of what I wrote about it:

According to Daily Faceoff’s Frank Seravalli, the Flames superstar forward will be hitting the free-agent market and is expected to see suitors out east.

My sense is #Flames have put an offer on the table for Johnny Gaudreau – north of $10 mil x 8 years – that would make him not only highest-paid player in Calgary franchise history, but among richest in #NHL.

If Gaudreau walks, it likely won't be because of money.

Gaudreau, 28, is believed to be garnering interest from the Philadelphia Flyers, New Jersey Devils and New York Islanders — all three clubs with a few hours of his hometown of Salem, New Jersey.
He’s coming off his most productive year in his career and in 41 career games against the Oilers, has scored 16 goals and 36 points, so he should have no difficulty in getting a long-term deal. Despite that, it won’t be about money for Gaudreau — it’s about the location. It’s about his family. It’s about being back out east.
After drafting Gaudreau in the 4th round of the 2011 draft, there’s no denying the success he’s had in his career as an under-sized, late-round pick.
This was his last shift with the Flames.

this is johnny gaudreau’s last shift in calgary. the edmonton oilers completely broke the flames. pic.twitter.com/dFw6kC4t6Q

It’s hard not to imagine the team moving on from Matthew Tkachuk, either. He is one year from unrestricted free agency and with his linemate Gaudreau off for greener pastures, you have to wonder what’s next for Tkachuk.

In the same news and notes, there was some talk about the Oilers targeting Mason Marchment and that the Montreal Canadiens were set to approach Brett Kulak in free agency.
Zach Laing is the Nation Network’s news director and senior columnist. He can be followed on Twitter at @zjlaing, or reached by email at [email protected]
Advertisement
Ad
Advertisement
Ad