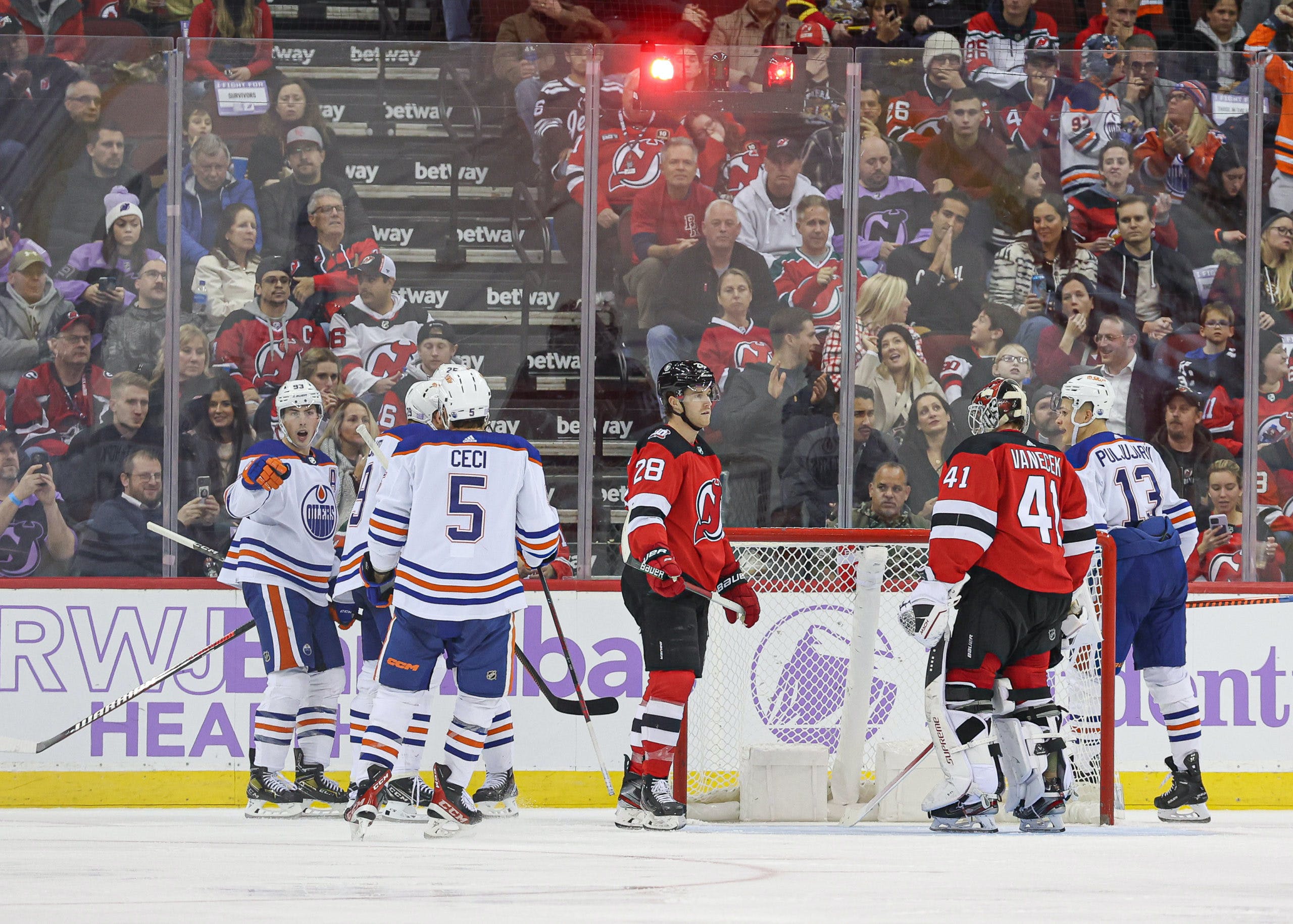 Photo credit: Vincent Carchietta-USA TODAY Sports
By Zach Laing
11 days ago
Comments
The Day After is brought to you by NHL odds site Betway!
Sigh.
Another tough go for the Edmonton Oilers last night falling 5-2 to the New Jersey Devils. Edmonton’s struggled to string much of anything together these last few weeks, and it’s been frustrating to watch.
They seem so close, yet so far away. The playoff run hangover appears to be very real.
Last night, the Oilers allowed goals to five different Devils scorers: Jesper Bratt, Dawson Mercer, Damon Severson, Tomas Tatar and Yegor Sharangovich. Leon Draisaitl and Ryan Nugent-Hopkins chipped in two goals of their own.
Jesse Puljujarvi was big on both of the Oilers’ goals. He initially had credit for the Draisaitl goal after creating a ton of space in front of the Devils net. He got the assist on Nugent-Hopkins’ goal by doing much of the same.
Advertisement
Ad
Advertisement
Ad
Stuart Skinner had a tough night. He tried to play the puck on Mercer’s goal, but coughed it up to Nico Hischier. His defencemen didn’t give him much help on the others.

jesse puljujarvi creates space in front of the net and is getting credit for this goal. oilers tie it at 1 on the powerplay. pic.twitter.com/5KLAStNMAi

stuart skinner coughs up a puck and the devils make it 2-1. pic.twitter.com/87niZaO74H

ryan nugent-hopkins bangs in a loose puck to make it 3-2. pic.twitter.com/oKiCXljwMS