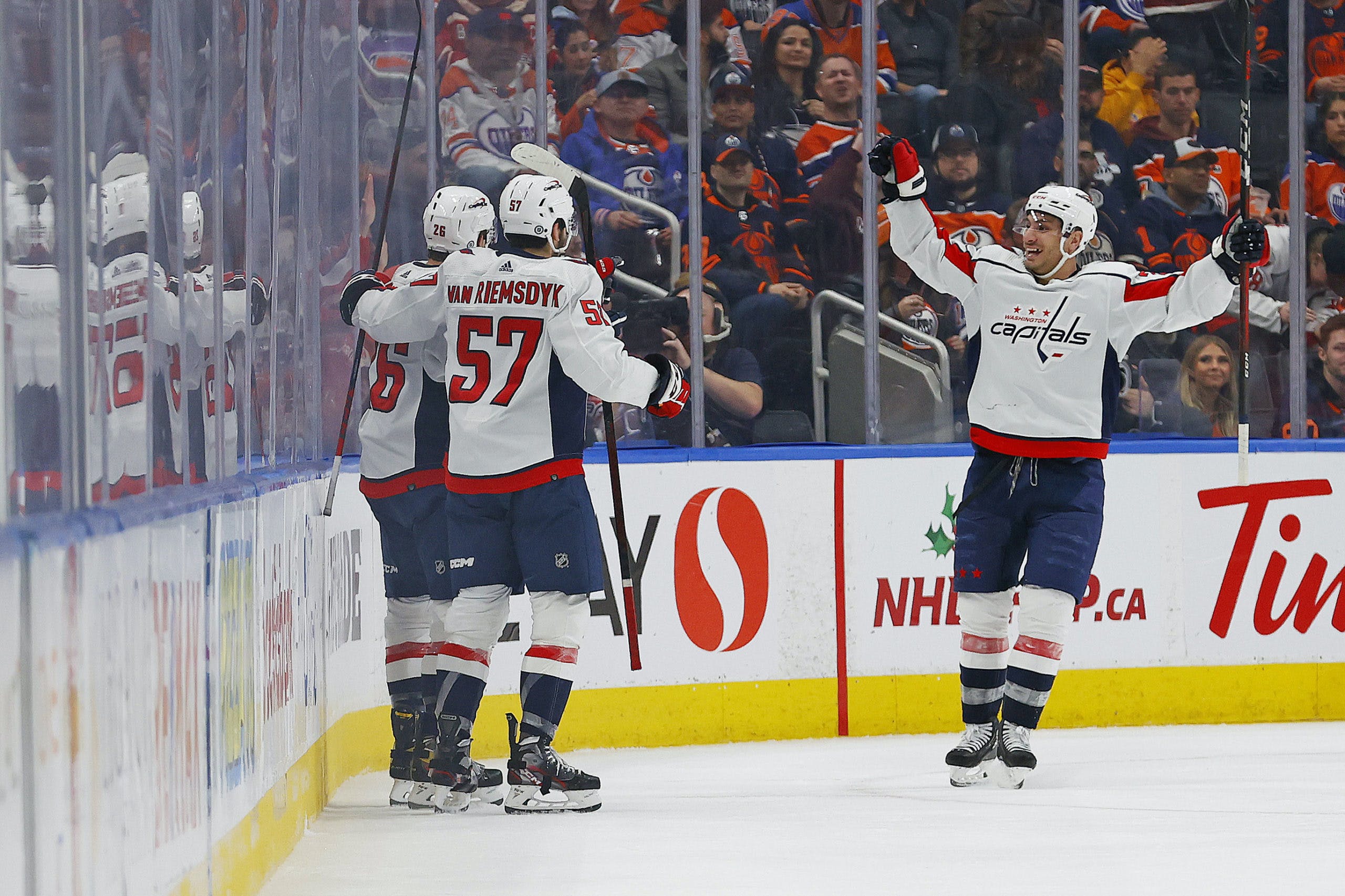 Photo credit: Perry Nelson-USA TODAY Sports
By Zach Laing
1 month ago
Comments
The Day After is brought to you by NHL line site Betway!
That was ugly.
In terms of poor performances, it’s right up there with the worst of ’em for the Oilers’ season. Don’t let the fact they scored two deceive you for if it were anyone but Stuart Skinner in net last night, things could’ve been far, far worse.
The Oilers ultimately dropped the decision 3-2 while being outshot 50-30. Woof.
While Edmonton scored the first goal of the game when Brett Kulak’s point shot found it’s way through traffic 1:44 into the second, the first period was ugly. The Oilers were heavily outshot 22-12 as the Capitals used a powerplay chance to generate a whole ton of momentum.
Lars Eller scored for the Caps to tie the game up at one at the 7:25 mark of the second, when he snuck behind Darnell Nurse and Cody Ceci and beat Skinner.
Advertisement
Ad
Advertisement
Ad
Killing off a penalty late in the second, Connor McDavid knocked down a John Carlson pass and had a clean breakaway for a short-handed goal. A minute later as the Capitals powerplay resumed, T.J Oshie tied it up at 2.
The eventual game-winner belonged to Nic Dowd. Aliaksei Protas got a partial breakaway dropping a pass to Dowd.

the oilers honour late scout barry fraser, who passed away sunday at the age of 82. i wrote about his passing this morning: https://t.co/ewuxa6zu8v pic.twitter.com/vNf8HQHkoc

tic-tac-toe. oshie ties it at 2. pic.twitter.com/CKaT8Nhl3q