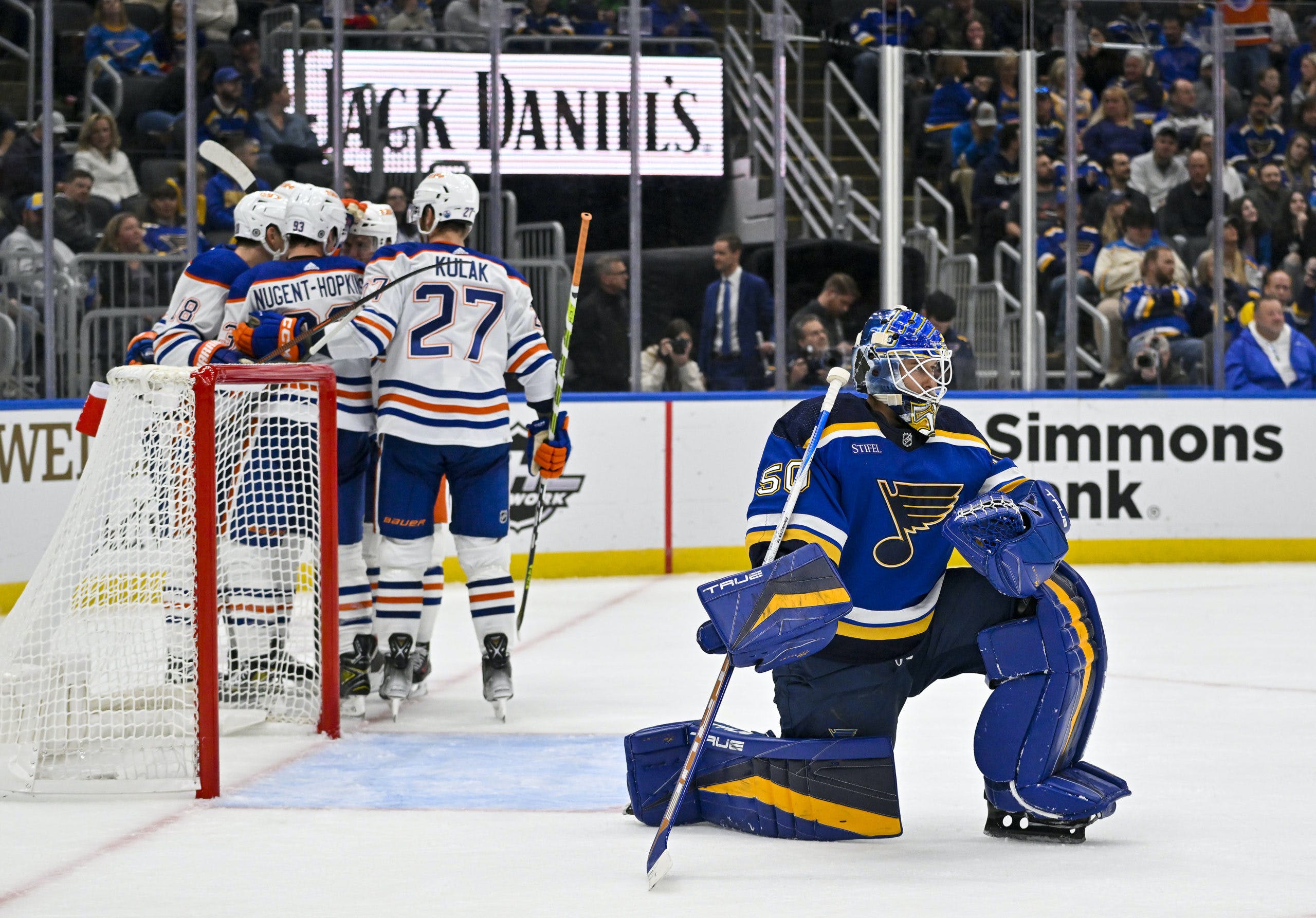 Photo credit: Jeff Curry-USA TODAY Sports
By Zach Laing
2 months ago
Comments
The Day After is brought to you by NHL Lines site Betway!
That was pretty.
It was a strong, 60-minute performance from the Oilers — arguably their best of the year — that helped carry them to a 3-1 victory against a tough St. Louis Blues team on the road Tuesday night.
Jesse Puljujarvi got the party started six minutes into the game when he tipped home a Darnell Nurse point shot. While the latter was initlally given credit for it, it changed during the intermisison. Puljujarvi helped the Oilers gain the zone by firing a stretch pass to Warren Foegele, then he drove right to the high-danger zone in front of the net where he was able to get a stick on the shot.
Ryan Nugent-Hopkins, meanwhile, scored career goal number 200 last night — a tally that stood as the game winner. Connor McDavid found him with a cross-crease pass, and Nuge was able to bang the puck home.
Advertisement
Ad
Advertisement
Ad
Zach Hyman later added on an empty-net goal, and some big saves from Stuart Skinner played a big part in the victory, too.

great work by jesse puljujarvi and warren foegele, who gain the offensive zone with the latter finding darnell nurse for a 1-0 lead. pic.twitter.com/tzYoYlaOaF

not sure about this one from jordan binnington. pic.twitter.com/ZcQcPZs6ZI

leon draisaitl unloads a shot, but it ends up hitting the organist. pic.twitter.com/gLfh8en78i

ryan o'reilly hits a homerun and ties this game up at 1. pic.twitter.com/WtFLkUu4II

what a huge stop from stuart skinner pic.twitter.com/4BiLm9qO2o

ryan nugent-hopkins scores the 200th goal of his career — a big one — as the oilers take a late 2-1 lead. pic.twitter.com/ymB8x8iaJq

zach hyman with an empty net goal and the oilers will leave st. louis with a victory. pic.twitter.com/lWERokjGDj