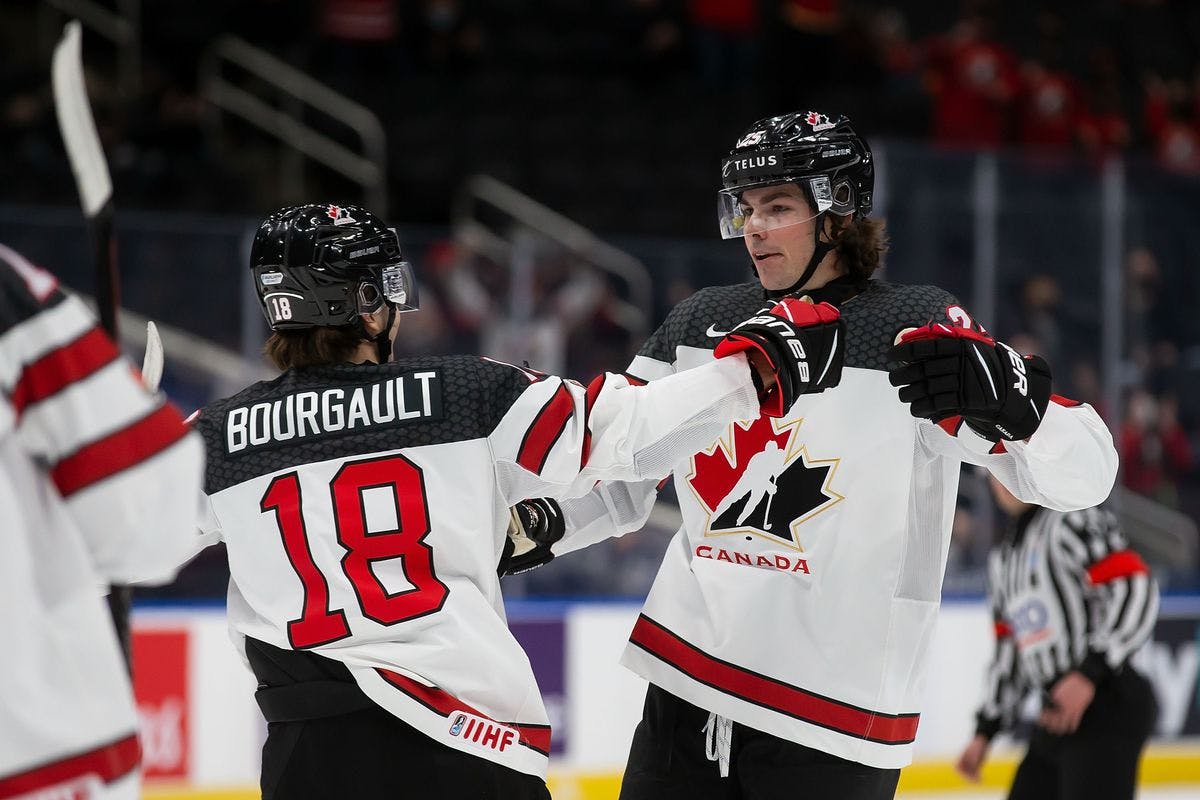 By Zach Laing
1 year ago
Comments
The World Juniors are reportedly over.
According to Daily Faceoff’s Chris Peters, the 2022 tournament is coming to a close amid rising COVID-19 cases that have forced multiple forfeitures.

Expecting an announcement soon that the 2022 IIHF World Junior Championship will be cancelled.

Three games have been forfeited with cases forcing whole teams into mandatory quarantine periods as they await tests. The news is obviously devastating to the IIHF, and the kids playing on the teams.
But questions have already been raised about the conditions players were forced into. Here are some reports from Peters and The Athletic’s Corey Pronman:

The rest of the team and staff is preparing as if they'll play. The U.S. players were put through a morning workout over Zoom as they remain in isolation. Assuming everyone gets clearance tonight, the game vs. Sweden will go on as scheduled. So hold tight for now.

Team officials have stated that their players are being extremely cautious, staying in their rooms, obeying all protocols and yet this still keeps happening. I'm told there is a wedding reception planned for the hotel USA and Sweden are staying in tonight. What else can they do?

One staff member on a European team in same hotel as USA in Red Deer calls the current covid protocols and lack of isolation from the community "ridiculous", saying they've come into contact with said wedding guests. https://t.co/KcM3lrXo6u

If there’s one thing clear, it’s there’s been a massive failure that rests solely on the IIHF, Hockey Canada and the Province of Alberta. Officials opted to go against a hard bubble as had been set up in Edmonton for the NHL’s 2020 return to play, and it clearly cost them.
Advertisement
Ad
Advertisement
Ad
It’s hard to not feel for the players, either. They’ve travelled from across the world to arrive in Edmonton, only for their tournament to be cancelled. This group, too, had their U18 tournament cancelled due to COVID-19.
This is obviously a very fluid situation, and more news should be expected soon.
Zach Laing is the Nation Network’s news director and senior columnist. He can be followed on Twitter at @zjlaing, or reached by email at [email protected]