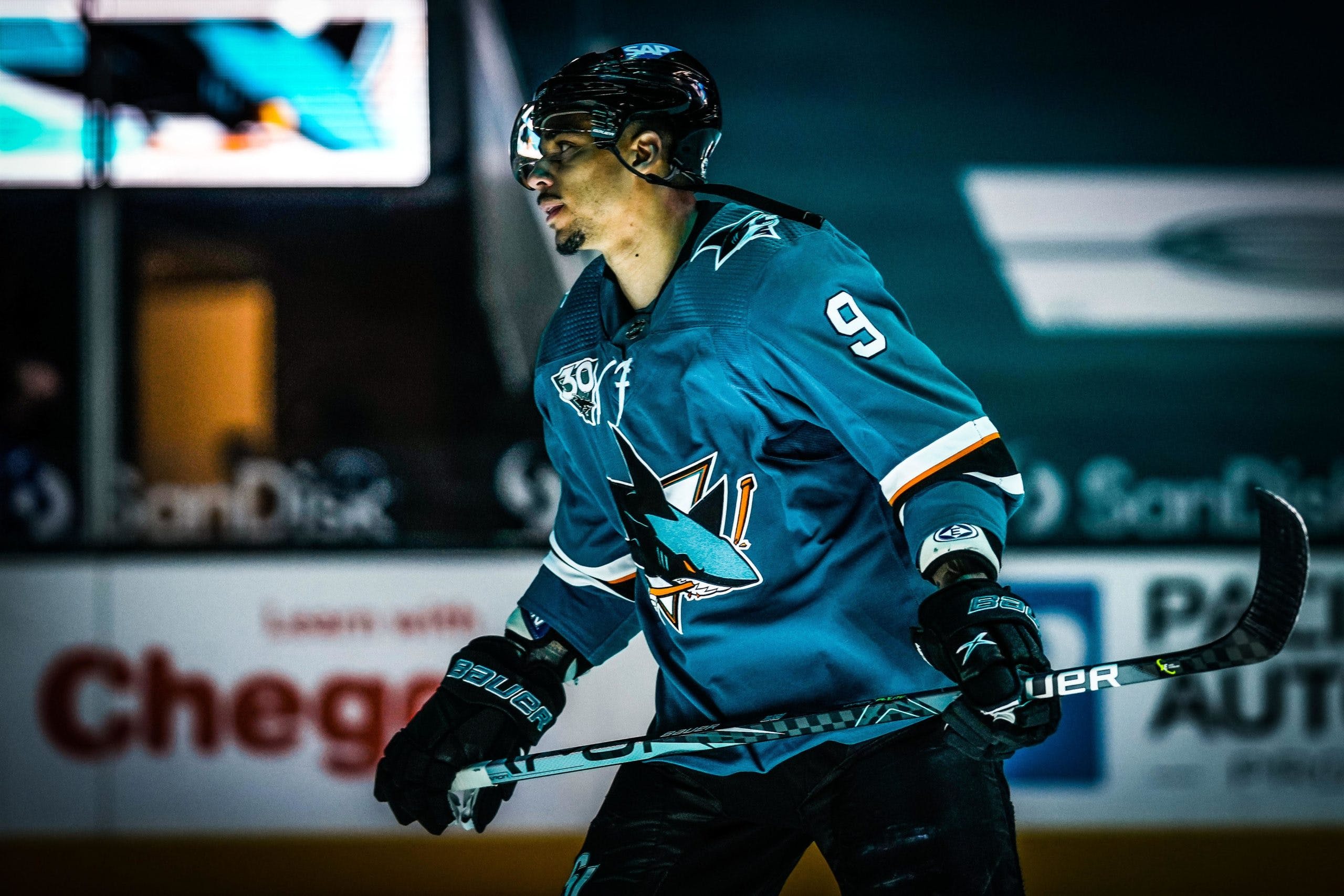 Photo credit: Stan Szeto-USA TODAY Sports
By Cam Lewis
4 months ago
Comments
It looks like we’ve finally reached the end of Evander Kane vs. the San Jose Sharks saga.
According to Frank Seravalli, the Sharks and Kane have reached a settlement on the grievance that the player had filed that the team had wrongfully terminated his contract. Seravalli went on to add that the Sharks will make a one-time payment to Kane and that it’ll be applied to last year’s salary cap.

#sjsharks confirm a settlement has been reached for Evander Kane grievance: "We are satisfied that its terms will not adversely impact the team, either financially or competitively, in this or future seasons."

Sounds like Evander Kane will receive a one-time payment from #sjsharks and the cap penalty for San Jose will be retroactively applied to last season's salary cap.#sjsharks ended last season with just under $5 million in space, according to @CapFriendly.

The Sharks terminated Kane’s contract for what it called a “breach of his NHL Standard Player Contract and for violation of the AHL COVID-19 protocols.” Shortly after that, the NHL Players’ Association filed a grievance on Kane’s behalf for wrongful termination.
At the time, Kane was in the fourth season of a seven-year, $49 million contract with the Sharks. He signed a one-year deal with the Oilers and then re-signed in the off-season to a deal worth $20.5 million over four years, which is more than the $19 million he had in total salary left on the deal with the Sharks when it was terminated.
Advertisement
Ad
Advertisement
Ad
We don’t know exactly what the Sharks paid Kane in their one-time payout, but it could involve the two different $2 million signing bonuses he was due in 2022-23 and 2024-25…
Regardless, this situation has come to a close and the conclusion is much more simple than it could have been had the case reached arbitration. Hypothetically, if the arbitrator had ruled in Kane’s favour, his contract with the Sharks could have been reinstated and his deal with the Oilers would have been moot.