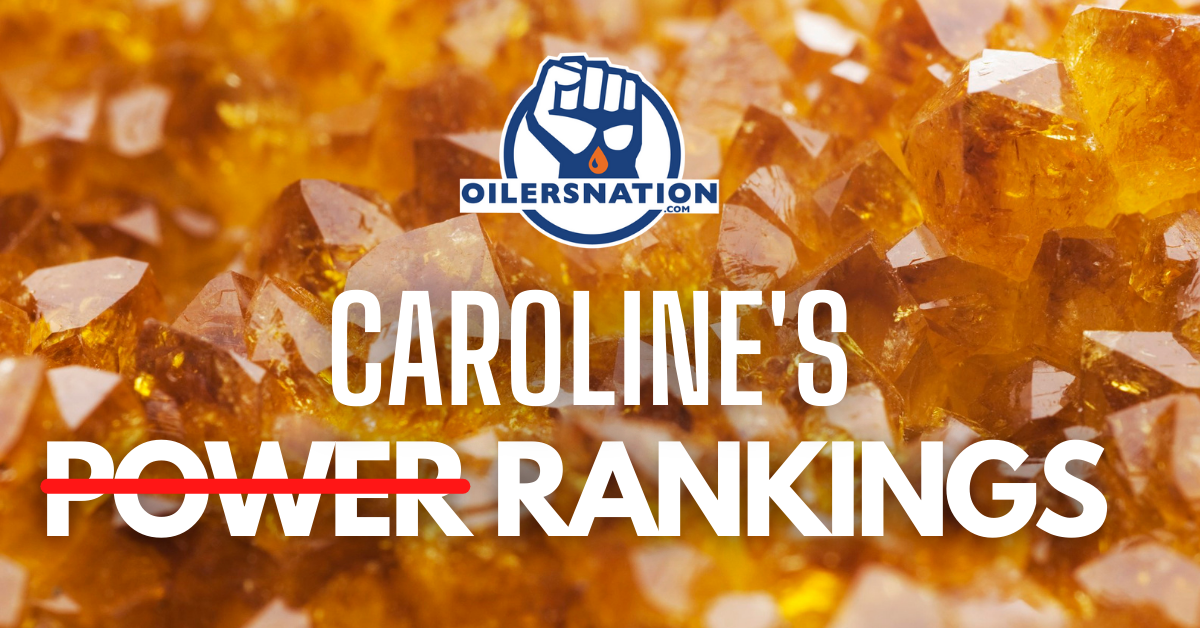 By Caroline Szwed
11 months ago
Comments
The Oilers lost all three games this week and are now on a five-game losing streak. Let’s let that sink in for a moment. How are you feeling?
Me, personally? I think there’s no need to panic… just yet. The Oilers are 16-10-0 and their hot streak at the beginning of the season has given them a nice cushion when faced with a slump like we’re in now. However, with that being said, the Oilers need to address a few underlying issues quickly before these losses catch up with them.
I know I’m usually giving you my favourite moments of the week in my Power Rankings but after the way this week went, I’d rather talk about a few concerns I have with this team at the moment.
Maybe I shall call this my, “Non-Power Rankings?” If there’s a better name for weeks like this one, please feel free to give me your suggestions in the comments below!
Advertisement
Ad
Advertisement
Ad

One of the biggest underlying concerns with the Edmonton Oilers has always been their “slow starts.” For a few weeks now, there have been games where the Oilers came out flat and complacent. This week looked a little different and fans were happy to see that the Oilers didn’t necessarily start slow and they put forth a solid team effort.

Oilers worked hard in this one and that's two in a row. No complaints about effort. There's just too much dead money on the roster. Barrie and Kassian and Keith etc etc. Just not enough skill on a team where you are only paying 21 mill to 29-97. Can you imagine? Only in Edmonton

Better effort tonight but no puck luck. Time to shake it up before this gets worse! 0-3 on current 6 game home stand where they were previously 9-1. And there is a vicious 8 game road trip coming during Christmas. #Panic #Oilers pic.twitter.com/SE52aZxnPr

Advertisement
Ad
Advertisement
Ad
Here’s my problem with that: effort, hard work, battling for the puck, yes, that’s all great! But if you don’t dig deeper and if you don’t find a way to win, at the end of the day, it doesn’t mean anything. The Oilers won’t win their division, have a great playoff run or become a Cup contender just because of “effort.”
Now, the question of the week is, “is this a problem that the players need to solve or coaching? A perfect segway into my next point!

Okay, so although I am terrible at hockey, I used to play for the Canadian national soccer team and I definitely know a thing or two about being an athlete. I also understand the responsibilities of a coach vs. a player.
First and foremost, I will always believe that each player is responsible for their performance and the elevation of their game. Athletes are paid a lot of money and should be held accountable for how they play each game.
Advertisement
Ad
Advertisement
Ad
Take Kailer Yamamoto for example who in 26 games has 5 goals and 1 assists. For a guy that’s been getting plenty of top six minutes, those kind of numbers are just not good enough, in my opinion. Examples like that are when you need to place the accountability directly on the player.

Yamamoto has gotten pretty much consistent top six minutes recently… he has no shots in his last 5 games.

On the flip side, I believe it’s the coach’s job to establish confidence, energy, momentum and maybe even sometimes a little bit of “healthy fear” into a player or the team to get them on track. I also believe it’s the coach’s job to immediately recognize what’s working and what’s not working tactically and adjust accordingly. Lastly, a player can be out-played and a coach can be out-coached. With the Oilers facing a five game losing streak for the first time since the 2018 season, I respectfully think Dave Tippett should be held accountable and he needs to course correct.
Advertisement
Ad
Advertisement
Ad
I don’t buy the “we played with effort” or “we should have won that game” conversation. The Oilers have two of the best players in the world on their team, they were off to one of the hottest starts in the NHL and it’s time Tippett shakes up the locker room and gets creative tactically.
Do I think as of now, Tippett should be fired? Maybe not. I’ll give him a little bit more time to make these changes.
Does the online Oilers community think Tippett should be fired? No question:

It’s a combination of getting bounced by the Blackhawks, swept by the Jets (1-7 playoff record) and this losing streak. Dude has had more than enough leash

The sad reality that neither Dave Tippett or Ken Holland have realized the have a 3rd line centre is really concerning.

His name is Ryan Nugent Hopkins.

Here’s an example I heard of on the radio that I actually wouldn’t mind the Oilers trying:
Move Ryan Nugent-Hopkins down the middle on the third line so that the Oilers top three lines have McDavid, Draisaitl and Nuge as centers for each with a hope for kick starting the bottom six. Tippett needs to find a way to get more point production from players who aren’t always McDavid and Draisaitl. Thoughts? Could this be a possible solution? Talk to me in the comments!

This one is going to be short and sweet and is basically a question for everyone reading this!

“Are injuries the problem with the Oilers right now?”

When Mike Smith, Duncan Keith and Slater Koekkoek come back, will the Oilers problems be solved? After the game against the Canes, management suggested the reason that the team has been losing is because of injuries.
Advertisement
Ad
Advertisement
Ad

Guys calm down, a healthy Mike Smith and Duncan Keith is gonna right the ship

Personally, as I’ve mentioned in this article, there are deeper concerns that need to be addressed but I am hopeful that the return of Smith and Keith will only help the Oilers get back on track.
As always, please let me know what you think in the comments! The Oilers have a tough opponent on Tuesday night against the Toronto Maple Leafs. A few things definitely need to be sorted out before then.